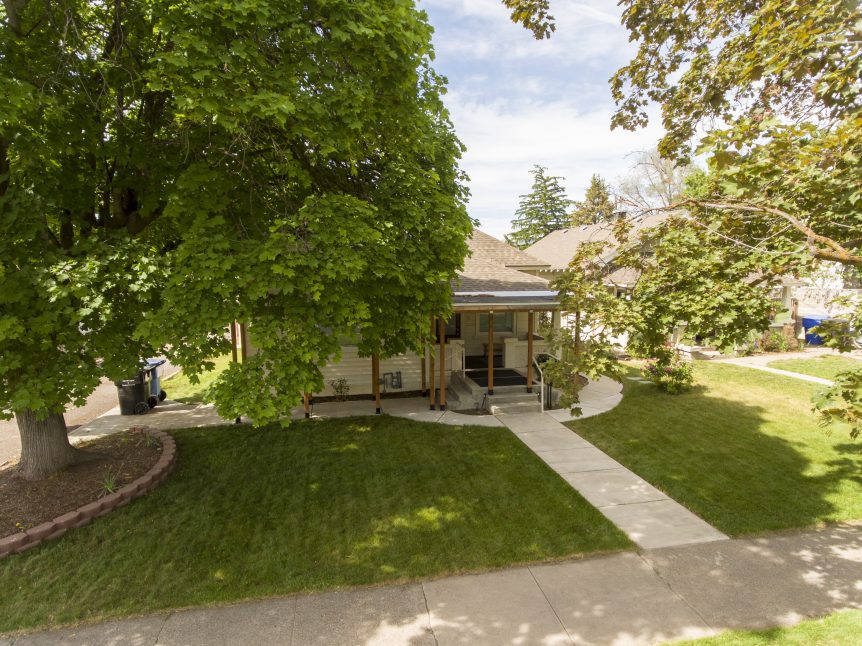 Up until this point, I hadn’t quite figured out how to get a HDR to really pop. As a result, I had a hard time trying it out for an actual paying client. This was the time that turned it all around.

Leading up to this shoot, I purchased a new tripod. Well, at least the legs. I already owned a carbon fiber tripod, but it was definitely meant more for hikes and outdoor pictures. Something you’d probably want if you were going to be walking around a lot. In turn, it sacrificed stability for a lighter weight. I knew I was going to need a solid tripod if I wanted to turn out HDR photos that didn’t look blurry or grainy.

I’m a big fan of Benro tripods. The carbon fiber tripod I had was benro, so I figured I’d take another look at them. I wound up buying the Benro mach 3 aluminum tripod legs, weighing around 10 pounds, depending on which tripod head you use. Ten pounds was a lot more than the carbon fiber tripod I had, so there’s no way in hell I would take it on a hike or anything. But for shooting photos of a house, it does an amazing job.

Since it weighs so much, and can extend to over 8 feet tall, I took to calling it the BFT. I’ll let you figure that one out.

Luckily I knew where I was going. I make it a habit to try and find the house the night before. I don’t like being late, or stressing out about where to go, so this is not a habit that took long to develop.

I will say this though: the house looked much better in broad daylight than it did in the evening hours.

My usual routine with a photo shoot is to bring a Bluetooth speaker with me, to make it feel less like I’m walking through a strangers house uninvited. I set up my speaker, put on some music, and started putting my camera together..

I shoot with a Rokinon 12mm f2.0 wide-angle lens. It took me a while to get used to the manual focus, but it’s been a pretty decent lens for what I need.

Once I started shooting, I realized that the hardwood floors were coming through surprisingly well, although sometimes it’s hard to tell when you’re taking HDR, as each photo is a different level of exposure.

One thing to note in these photos, is that the wardrobe that can be seen in the corner was originally in front of the door you see in the same room. I knew it would be a better shot to have the door window visible, so I moved it. I aslo used the wardrobe to cover some old landline wall ports that would have been a distraction in the photo. Yes, I moved the wardrobe by myself, but luckily it only weighed what felt like 250 pounds.

The longest part of any shoot, honestly, is the editing. If people ask me why it costs so much to walk around a house for a little bit, clicking a button, I usually tell them it’s because the majority of the time is spent editing. And because this was my first time shooting in HDR for a client, this one took longer than usual.

If you’re not familiar with what an HDR is, HDR stands for High Dynamic Range. Essentially, the camera takes 3-5 images at different exposures, or levels of brightness. The principle is, when you merge the images, it takes the details in the bright areas from the darker images, and the details from the dark areas from the brighter images. This turns out a balanced image, with more details than any single shot can do.

Once you have those HDR images, you can take those, and merge them using Adobe lightroom, or photoshop, which is what I had at the time. I use Aurora HDR currently, just because the AI built into the software does a pretty good job batch processing all the HDR images. All I have to do is dump all my photos into Aurora, and it separates them based on what it scans as the content of the image, and groups them together with similar images. The end result is a list of maybe 20 different HDR groups, to be processed all at once. Doing them one at a time through lightroom can be rather cumbersome.

All I had to work with was lightroom at the time, so merging the HDR images into single image was a cumbersome, and pain-staking process. But once it was done, it actually turned out pretty good. At least for the first time shooting in HDR.

In the end, I think I just psyched myself out. It turned out a lot better than I had hoped, and with practice, I’ve gotten better and better with each shoot.

Thanks go out to Travis Bodily who works with Dwell Realty Group for calling me up for this shoot.